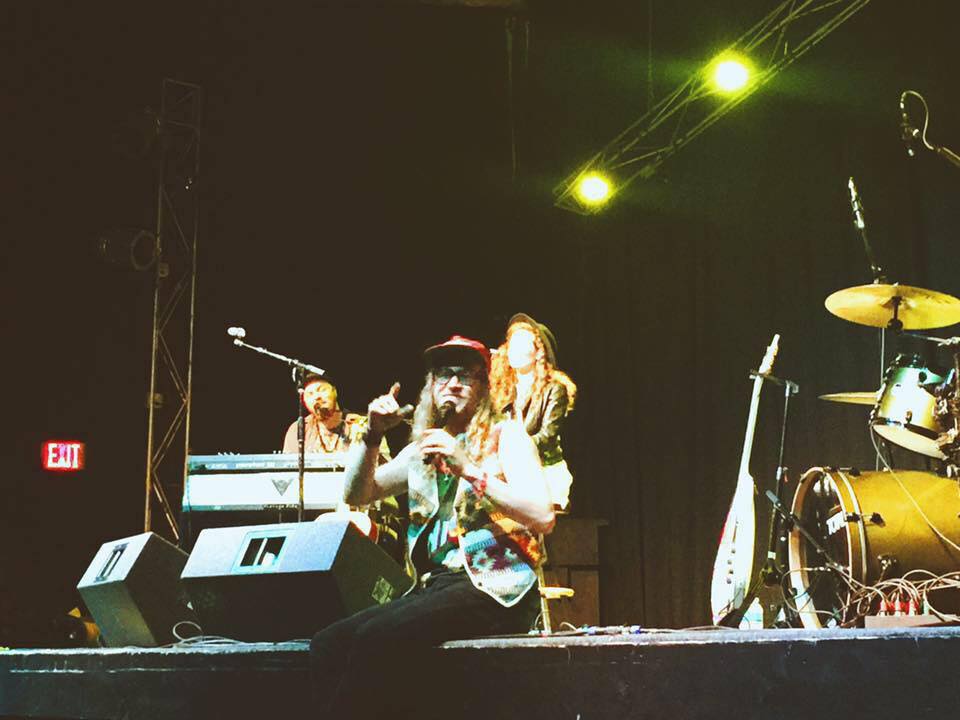 If you were lucky enough to snag tickets to next month’s Andrew McMahon in the Wilderness show, you know he’s coming with “friends”. I was pleasantly surprised to learn that one of the “friends” will be the soulful Allen Stone.

The first time I saw Allen Stone was a couple of years back at the Bourbon in Lincoln for an “intimate night” where he performed with a drummer, some keys and guitar when he’s normally known for traveling with a bigger band. He sat on the edge of the stage and talked to a very small crowd of us — explaining why he wrote the songs he did, what they meant to him and stories from different times in his life. I was enthralled.

His dad was a minister, so he grew up singing gospel. This is immediately obvious. The man has pipes on him for days. It’s incredible  — honestly. Allen’s sound is derived from musicians like Stevie Wonder, Donny Hathaway, and Al Green. He’s an old soul who is passionate, gravitational and is making music that’s wonderfully unique from a lot of what is out there right now. His performance was one of my all time favorites I’ve seen from any artist — period. The room was literally radiating with love, light, and laughter. So, in celebration of my second time seeing him and his return to Nebraska, I’m listing my favorites from him to get you guys as excited as I am. Here. We. Go.

Ugh, this song. It’s so good for your soul. It’s a jam about complicated love and two people who have a lot of healing to do. It’s positive, easy to listen to, but jam-packed full of smooth melody and Allen’s killer vocals. It’s on point lyrically, too.

I know that I wasn’t right

This is probably my favorite song of his solely because of the story that he told about how it was written. After Allen’s best friend’s father had died they both went to a cabin in the woods to get away from everything. Allen always had part of a melody in his head he could never seem to finish. It was during this trip that he and his friend hammered it out one night, and the song just came to him. The lyrics, the rest of the melody, the arrangement and everything else came together after years of never quite having it. Most people believe that it’s about cheating in a relationship or something wrong that happened romantically. But, it’s really about the rough relationship his best friend had with his father who died. Allen said he believes the song that came out was a message to his best friend from his father to provide closure for his death. Seriously, guys. Not a dry eye in the room after that story.

You can hear Allen’s gospel roots shine through as he kills this track. Lyrically, Allen talks a lot about society and social gaps in the system in his music. What I love about him is that he takes serious and tough topics and brings light to it with how beautiful and soulful the music is. Artists don’t do it very often, but when they do I notice it right away.

We can be so hard on ourselves sometimes, thinking about how we should be in one place or another in life when in reality we’re likely exactly where we need to be at the moment. Allen created this song about that mentality. Wherever you’re at in your journey, embrace it.

This song is about being alive and about pushing through whatever obstacle you may have in front of you at the moment. My favorite part of this one is hands down the opening:

“Everyone’s feeling the strain of the 9-5. The forecast is calling for rain, but we’re still alive. Yes, we are.”

I love the vibe on this track because it’s smooth and Allen’s voice croons through the tough nature of what he’s actually singing about. It’s another tough one where he confronts the American dream, racial privilege and the economic turntable our country finds itself in.

“I’m a material slave, just trying to polish this ball and this chain. Robbing Peter to pay Paul. Cash that paycheck, spend it all. Build that house up big and tall, as long as I stay comfortable.”

If you want to hear more from Allen, follow him on Spotify below! Also, get pumped to see him with Andrew McMahon in the Wilderness on May 25!